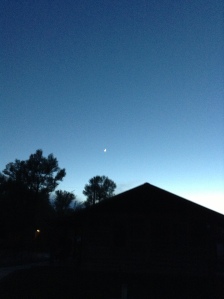 Now that I have your attention :), let me say that the dirty secrets about barns have nothing to do with mud, dust, horse manure or even a roll in the hay ;).  Novice as I am and was, I’ve come to realize that, when at the barn, the horses are perfect. It’s the humans that can be the problem.  Any horse person reading this is nodding rapidly in agreement…we all experience it.

I also learned a profound lesson.  Every wonderful thing has a seed of adversity buried in it.  By the same token, every adversity has the seed of wondrous joy in it.

While leasing the glorious mare, Serenity, I experienced two different barns.  I was in such a blur of newness at her first barn, that I couldn’t process the incoming impressions until a bit later.  When I could, after she had been moved to a better situation, I was aghast.

That first barn was behind someone’s private residence on about an acre of land.  The paddock fences needing mending. The training ring was no ring but just an undefined area in front of the barn.  Poor Serenity was stall bound for days at a time because the promised evening turnout wasn’t happening, due to the broken fences.  Her stall was nearest the manure pile, so the flies on and around her were dense and the fly traps were black and filled.  Her human didn’t get there regularly, so she was often standing in her tiny stall, hoof deep in manure and urine.  When she did get out, she was so “barn/stall sour” that even riding in the makeshift ring was a trial.

A very adverse situation for that poor, patient mare.  But something wonderful was already taking seed.  A woman, who had formerly leased Serenity, had found a much better barn and had found space for Serenity there!

The move didn’t happen immediately because Serenity’s human was dear friends with the first barn owner.  They would drink wine and gossip together.  So,  when the opportunity came to move Serenity, her human was conflicted and almost missed that opportunity!  Thankfully, the horse angels were with that glorious mare, and within three weeks of my meeting Serenity, she was moved to a peaceful, more spacious barn and stall, right on the border of wonderful horse trails.

Great news, right?  Yes.  But further down the “trail” of this story, I see now how the seeds of adversity were already being planted… lying dormant for months.

Meanwhile, as my time with Serenity was coming to a tear-filled, heart-wrenching conclusion, the seeds of joy were, unbeknownst to me, SPROUTING, as I came to know the hilarious, Appaloosa gelding, Spirit and the exquisite, Paint mare, Baby Doe, both of whom would shortly come under my stewardship. These stories are told in previous posts :).

The barn where they boarded, on the surface, looked like an equine dream home!  The name of the barn was fancy and British-sounding.  It was surrounded with white fencing, green pastures, and a stream ran through the property.  There was a proper training ring.  The buildings themselves had a grand, tudor look to them.  Ah… what a “whited sepulcher”…!

It came clear very quickly that the owner of the barn, where trainer Bryan leased about 12 stalls for his business, was an alcoholic who would ride his horses hard and cruelly tied down, while drunk.  His horses never got turned out.  His assistant was a good-hearted woman, who had family problems,  drank on duty, which caused  loud and aggressive behavior around the horses and would slap the horses if they weren’t complying, even ones that belonged to trainer Bryan 😦

None of Bryan’s horses even got turned out in the glorious, green pastures, because the owner had the property up for sale and didn’t want the horses tearing up his grass.

Many of the lower barn buildings were in disrepair and unsafe for horses to be in. (One sweet, three- year old gelding ripped his eyelid and needed 8 stitches due to some “mystery” nail or wood splinter).

I saw such signs of claustrophobia and boredom in my exquisite mare, that even though I couldn’t verbalize the signs of her oncoming colic, I knew, 24 hours before she colicked, that something was very, very wrong with her.

There was more, so much more…as I came into stewardship of my two, I began making firm plans to get them out of there!

Then one Sunday, I arrived at the barn, to see a crashed up Cadillac, bent up metal posts and found an apple in Spirit’s water bucket!  What???

Upon investigation, it turns out the barn owner had let his 16 year old son have an unsupervised party on the grounds of the barn, where drinking was allowed.  Clearly, these drunk teenagers had made their way into horses’ stalls.  Given the apple in Spirit’s water, I had the proof I needed that my horses needed to be moved immediately.  Trainer Bryan had, formerly, not been agreeable to this request, as they both were still in training and he didn’t want to have to travel to another barn to train them.

Yes, there it was! The seed of good fortune!  Right there, in the middle of the adversity of the horrible conditions at this barn…

Encouragement to energize your day

Fanning the flames of creative leadership