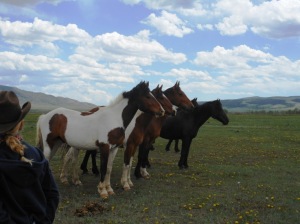 One’s life can turn on a dime!  I had thought I would sing opera and teach voice forever.  That is until, one day, I realized that I was dreading each job I sang, that I was not enjoying music, that I might actually NOT be an opera singer the rest of my life!  I was blessed that one of the last times I sang in public was a benefit concert of The Liebeslieder Waltzs by Johannes Brahms, one of my all time favorite pieces.  The solos were satisfying and the quartet with four hands piano was electrifying.  That and being able to wear a gorgeous evening gown, one more time, was a wonderful note on which to end 🙂 (yes, pun intended)

Then, completely unexpectedly, I was watching television and a show came on where this group in New Mexico had a program that paired horses with PTSD war vets.  I was mesmerized.  I was sobbing at the stories and pictures being told and shown.  Like a bolt of lightening, I knew!    I didn’t know the “what”s, “where”s or “hows”. But I knew I would be destined to work like this in some capacity. I was being “called” to go on this path.

Only one problem, other than childhood/ young adult horseback rides and fearless gallops :), I knew NOTHING about horses other than I thought they were glorious creatures.  I certainly knew not much about war vets, other than through the organizations where I had volunteered and contributed.  But I had a feeling things would unroll piece by piece.

Now, two years, almost to the day, after that first “lightening strike”, I am on the path with both feet and not only 4 but 8 hooves!  This blog will attempt to chronicle the beginning and the current adventures on the path.

So many books are written about horsemanship.  I’ve read hundreds at this point.  What was lacking for me is knowing what it feels like to become a horsewoman without having grown up around horses or ridden horses regularly since childhood.  Sometimes these books have caused me to think or feel that I’ll just never catch on or catch up!

My hope with this blog is that others in my situation will find comfort and edification reading the myriad of new experiences (as stated: the good, bad and the silly 🙂 that the novice horsewoman or man enjoys! 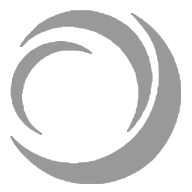 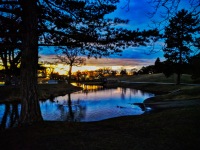 Encouragement to energize your day

Fanning the flames of creative leadership